How to get Chichen Itza

Towards Chichen Itza: the most enigmatic aspect of the Mayan civilization

Whatever method of transport you prefer, Chichen Itza awaits any visitor who wishes to be amazed and enlightened by a culture that dates back over 3,000 years.

The archaeological centre of Chichen Itza is perhaps the most important and popular feature of the Mayan civilization and is located in the north-central area of the Yucatán peninsula. It can be reached by land or air, depending on the traveller’s preference.

From Mérida City, the capital of the state of Yucatán, the visitor will need to travel 120 kilometres to reach Chichen Itza. From Cancún in the neighbouring state of Quintana Roo, the distance is 188 kilometres, which would mean a journey time of roughly two and a half hours.

From both starting points, there are operating bus companies that achieve the journey by travelling along the federal road Mérida-Puerto Juárez, which makes for a simple and save drive, although its transit lanes can get a little narrow. Buses tend to stop at the picturesque town of Pisté, which is about 15 kilometres from Chichen Itza. So if you do chose this option, bear in mind that visiting Pisté will extend the journey to Chichen Itza by an extra hour.

Another option is to hire a private transportation service from Cancún that travels along the main (toll-charged) highway Mérida-Cancún or the federal road Mérida-Valladolid. Both are well signposted and in excellent condition. 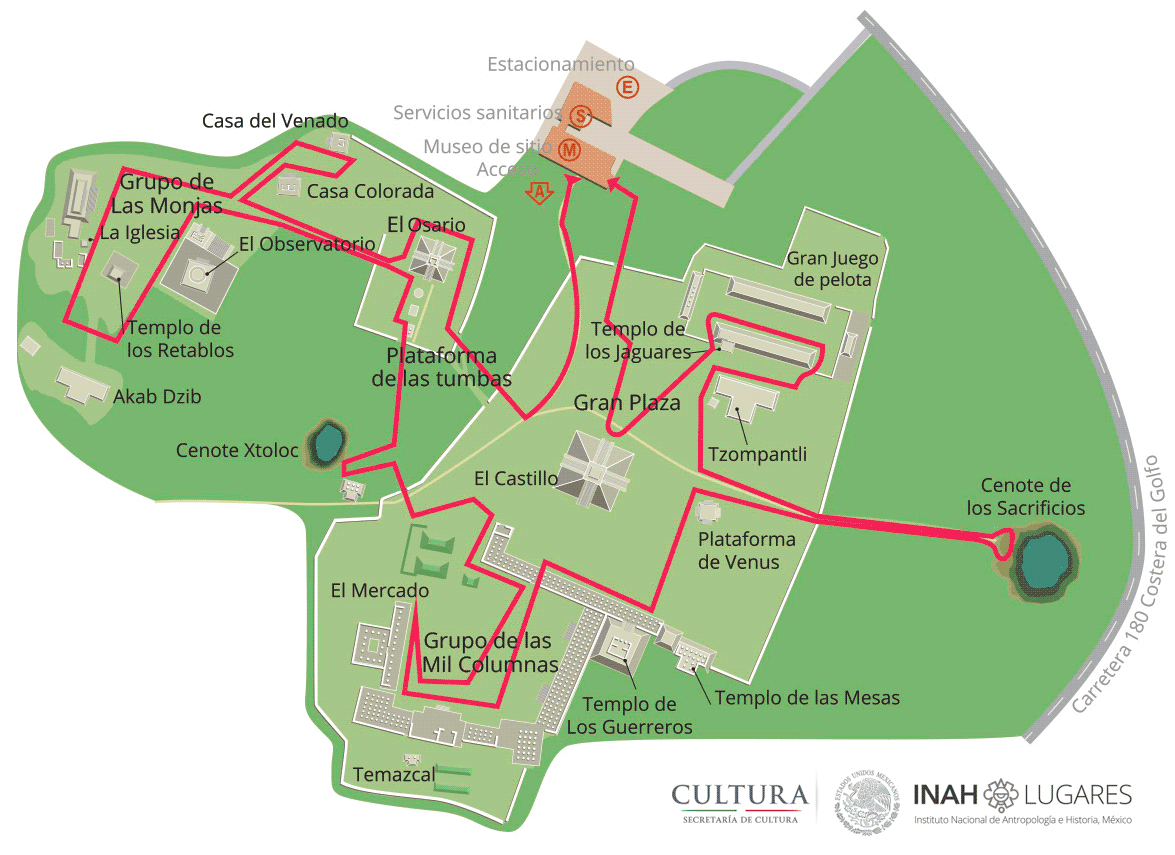