Home » What to see

The amazing legacy of the ethereal and the earthly

Take a closer look at the temples and rituals left to us by two extraordinary pre-Hispanic civilizations.
The remains of this important pre-Hispanic city can be divided into two different periods. The first belongs to the Maya Classical period, which dates from the seventh to the 10th centuries. It was built in the Puuc style, which the local population refer to as The Old Chichen. The second period is defined by the imposing structures constructed at the end of the 10th century after the arrival of the Itza, who were originally the Chontales who came from the low lands of the modern Mexican state of Tabasco. The arrival of the Chontales and their leader Kukulcan (Quetzalcóatl) in the year 987 resulted in the fusion of two different construction styles: the Toltec and the Maya.

The highlights of Chichen Itza.

The pyramid of Kukulcan. Known as the castle of Kukulcan-Quetzalcóatl, this is a ceremonial structure that features four sets of steps, one on each side of the pyramid, that lead to a temple at the summit. Inside the temple are different representations of jaguars, the statue of the deity Chac Mool and the Throne of the Jaguar, which is painted in a bright red colour and has detailed decorative motifs of jade inlays as well as mother of pearl (concha nacar).
New scientific studies using tomographic techniques have revealed that this temple contains three smaller pyramids layered one on top of each other, all built during different historical periods. Construction of these pyramids started during the late classical period up to the beginning of the postclassical period, approximately from 600 to 1187 AD. There’s also a cenote or sinkhole underneath the pyramid.

One of the most interesting aspects of this temple is the optical illusion caused by the angle of the sun during the spring and autumn equinoxes. Thanks to the advance mathematical and astronomic knowledge that the Maya possessed, the orientation of the pyramid enables visitors to witness the spectacular light- and shadow-casting effect during sunset. During this time, seven triangles form the silhouette of a snake that appears to be descending via the side walls of the pyramid steps, until it reaches the feathered head of the serpent at the bottom of the pyramid. This phenomenon, created by Mayan technology, is known as The Descending of Kukulcan and is a spectacle that continues to amaze visitors from around the world.

The Observatory. Similar to the pyramid of Kukulcan, the observatory is made up of different pyramids built and layered one on top of each other. This technique is especially evident on the terrace and on the circular building at the top of the structure. It’s important to note that the Maya didn’t usually construct circular buidlings and that’s why the observatory is particularly noteworthy.
The observatory is characterised by three different levels. The first level is a large, rectangular platform with a set of steps in its facade that leads to the terrace of the second level. This features another rectangular structure, but this one is built using a different alignment to the platform below and with a second set of steps that connect it to the third level, which is the main circular building at the top of the structure.
It’s believed that the orientation of the observatory enabled the Maya to study different movements of the moon, sun and other celestial bodies. This made it possible for them to carry out accurate astronomical calculations.
Inside the circular building is the first construction with a set of spiral shaped steps that lead to the top of the building. This is why the observatory is known as El Caracol or Snail. The steps reach right up into the celling of the chamber. Some archaeoastronomers believe that each of the windows in the walls of the observatory was used to observe a specific astronomical event.

The Ball Court or Tlachco. This court is the largest in Mesoamerica. To the Maya it symbolised the night sky or the universe, while the players symbolised the planets or celestial bodies in motion. The ball court is surrounded by two large walls with a stone ring in the centre of each wall. Each stone ring is decorated with carvings of two interlinked feathered serpents.
Pok tapok, or pokolpok, was more than just a ball game. It was a ritual that symbolised a battle between deities from heaven and from the underworld. At the base of each wall there are stone carvings that represent human sacrifices. What’s interesting about these carvings is that they’re of the players of the ball game who have been sacrificed.
Recent restorations carried out on the steps and the five walkways have revealed that the ball court also had an astronomical function for the Maya, because the equinoxes and solstices can be easily seen from these points.

The Temple of the Warriors and the Thousand Columns. Located at the east of the archaeological centre of Chichen Itza is a pyramid structure supported by a square base, with steps leading to a temple at the top that’s divided into two halls. At the gates there are two imposing columns in the shape of rattlesnakes, which support a large lintel.
In the temple of a thousand columns, only two hundred columns still remain standing. There are also some stone piles that represent Mayan warriors and halls in the shape of chambers that contain a majestic statue of the deity Chac Mool. It’s important to note that representations of Chac Mool have been found in different archaeological sites belonging to various pre-Columbian civilisations such as the Maya, Toltecs and Mexica (Aztecs).
Chac Mool is represented as a man resting on his back, supporting a bowl or a disk on his stomach. In the Maya language Chac Mool means The Great Red Jaguar or Red Claw. Yet it wasn’t the Maya who gave him this name, but the British archaeologist Augustus Le Plongeon back in the 19th century. Chac Mool was believed to be a messenger who delivered offerings of men to the gods.

The Sacred Cenote. The original word that the Maya used to refer to these bodies of underground rivers or sinkholes was dzonoot, or ts´onot. The word cenote appeared as the result of the mispronunciation by the Spanish conquistadors. There are various types of cenotes: they can be exposed to the sky, partially exposed, underground or in caves. And if a cenote still retains its natural dome or if they appear to be undisturbed underneath the ground, this indicates that they’ve only recently been formed.
Among all the cenotes found around the Yucatan peninsula, we can easily make out the Sacred Cenote, also know as Cenote Chenckú or Cenote de los Sacrificios (Cenote of Sacrifices). The latter name is particularly apt because that’s what the Maya used it for. During the time called Splendour of Chichen Itza in the classical Maya period (800 to 1100 AD) this cenote was used specifically for rituals and human sacrifices offered to their gods, while in the post-classical Maya period (1100 to 1550 AD) it was used as a sacred place and as a destination for pilgrims.

Different discoveries from inside the Sacred Cenote include objects such as rattles, chest ornaments, jewellery, pottery and spears, along with the skeletal remains of people of different ages and gender. You can see many of these objects at the Regional Museum of Merida in the state of Yucatan and also at The National Museum of Anthropology and History in Mexico City.

GoChichen.com offers attractive and varied tour options around the most interesting areas of beautiful Chichen Itza. Whether you depart from Cancun, Merida or the Riviera Maya, our tours can be tailored to your schedule and budget. For more information, please visit Tours and Admissions. 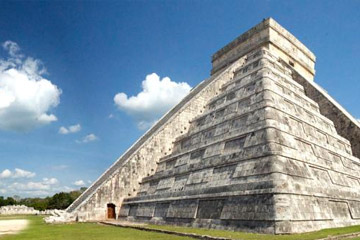 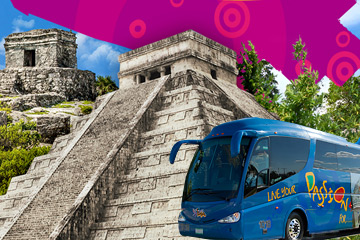 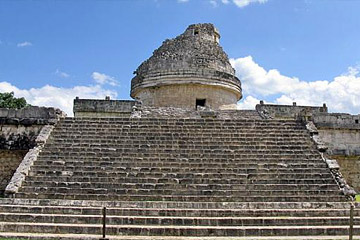 Designed for travelers who need to return earlier to their hotels or who do not wish to make a full day trip.